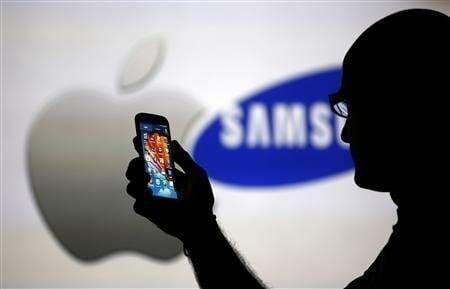 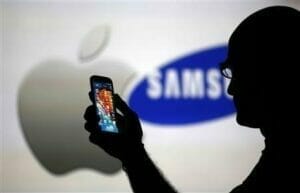 Several months ago Apple revealed a new payment system call Apple Pay now Samsung has recently announced their own version of this system called Samsung Pay.   These two systems work very similar but there is one large difference between the two.  Samsung Pay uses LoopPay technology which allows the Samsung phones to work at magstrip readers.  A magstrip reader are the credit card readers found at most retailers in the United States.  Apple does not use this technology.  When using Apple’s mobile payment system a near field communication (NFC) is required for transaction.  This leaves the question of which of the payment systems are more secure.  Read on to learn more regarding the Samsung system and then you can judge for yourself.

How Does Samsung Pay Work

Samsung Pay and Apple Pay work in very similar ways.  Samsung Pay can be found on the Galaxy S6 and The Galaxy S6 Edge, which are both relatively new products.  The user will tap the payment at a terminal and use the fingerprint sensor to authenticate him or her.  This should make it much secure.  Another security feature is that Samsung replace the sensitive card data with new token payments.  What this means is that the retailer will receive a device specific token and a security code that can only be used one time.  Only the bank and the payment network will have access to any of the credit card information that is being used.  The data collected from the credit cards is not stored anywhere on the device.  Many people believe that the magnetic strip card readers are not a secure way to do business.  However Samsung Pay can work with these magnetic strip readers by using a Magnetic Secure Transmission.  This is the most secure way to read the information.

The more retailers that adopt the use of the magstrip compatibility the more widely accepted Samsung Pay will be for both the retailers and people who use smartphones.  Unfortunately the problem with magnetic strip card is that they are not very secure.  The reason why they are not very secure is that the magstrip will transmit your credit card information such as the number and the expiration date directly to the sale terminal.  This leaves your information subject to hackers.  For this reason the Samsung Pay system will be tokenized and all transactions will involve the use of one of the electronic tokens.  This way the personal information will not be stored on the device.

Is It Really Secure

There have been many people in the security field state that the technology that Samsung Pay uses is not the most secure.  Apparently the technology is an older type that we should be moving away from and not reusing it.  Older technology is easy for hackers to break into and steal information.  Of course no security measure is going to be perfect but mobile payment systems are definitely a system that is easily hacked into.  Of course these hacks can also be on the Apple Pay system as well.  There is no system that is completely safe.

With all of the new and different technologies that are being created they are all bound to have some growing pains.  This is because all of these systems are attached to a person’s social security number.  This is a number that is private and should stay that way and protected.  No one should be able to gain access to it because it is attached to a credit card.  There is not a system out there that is going to be one hundred percent secure.  Everyone needs to protect himself or herself.