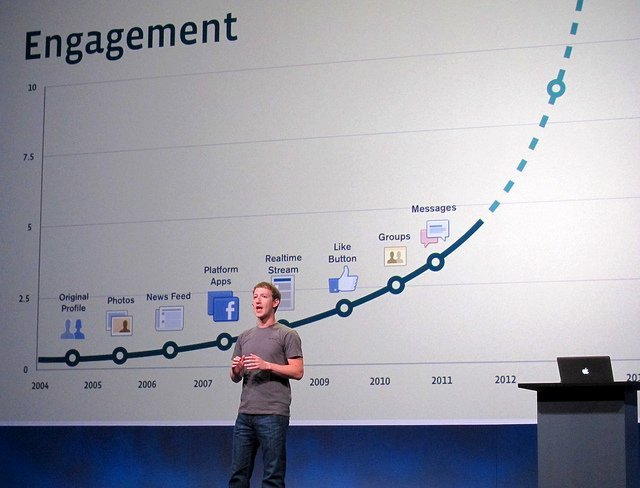 Mark Zuckerberg, the founder of the popular social networking platform known as Facebook has just confidently announced that he has a 10-year plan for Facebook. There are certainly some exciting new changes that will be going on for the site over the next few years and Zuckerberg has just instilled confidence in users worldwide with the plans he has announced. These changes are sure to bring Facebook to the forefront of cutting technology, making the most of the constantly advancing devices that are readily available on the market.

Bots are expected to be the way forward for businesses. Rather than only giving users the option to send a private message to a page, they will now be able to communicate with the use of Facebook bots. Essentially, this will be an automated service that allows the page’s followers to chat to an automated bot, much like they’d chat to their friends in messenger. The difference however is that the business bots will offer simple questions and automatic responses. In order to provide this basic interaction, options will be provided with scroll boxes so that users of the system can easily elect the correct response.

By now, most Facebook users have seen live videos of some kind or another. They started out as being a feature that was only offered to official Facebook users but now they are being offered to more users and in future, it is planned that live videos will be offered to other devices. It has been proven that users have been watching live videos more these days than they watch uploaded videos. This means more views, a wider audience and together, this results in a more receptive audience. There is no reason why live videos couldn’t be used by newer devices such as drones. Developers are being offered the means to develop their software so that live Facebook video can be streamed from anywhere.

It has been announced that Facebook is developing its recognition technology so that it can actually search your phone to find the media you’re looking for. By typing in a word like “snow”, you will be able to find all the photographs on your phone that feature snow. Whilst this technology sounds like it would be difficult to come up with, the Facebook developers insist that it will be ready to launch very soon. This service uses similar technology that is used to provide the new Google Photos service.

Although virtual reality headsets are already around, we’ve not seen them generate much public demand so far. Maybe that is because their capabilities are somewhat limited for now. In order to get people interested in Virtual Reality technology, Zuckerberg proposes that the social media site could offer users the ability to socialize in a more interactive manner. The planned technology would even let users take ‘selfies’ together, bringing people together even if they are many miles away from one another.

A platform such as Facebook relies on the number of people who are subscribed to it’s service and that means that those who are unable to access an internet connection will not be able to sign up. It’s not surprising that Zuckerberg wants to get more people online. Already, Facebook’s founder has launched some successful projects that have seen more people around the world gain access to the Internet but now his plans are to make faster Internet available too. One proposed solution to this is to offer ultra high-speed wireless access to those in impoverished urban areas and faster fiber optic cabling could be laid. Once the developers have come up with the plans for this, it is expected that Facebook will offer them for free. This will give telecommunication providers that chance to pick up the plans and use them to improve the service that they offer. By increasing the audience for their platform, they can display more targeted ads, generating more revenue whilst at the same time fulfilling their humanitarian goals.