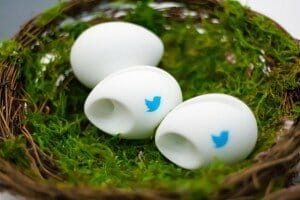 Twitter is a social media networking site that is online through the Internet. It allows for its users to send and receive short messages called “tweets”. These tweets can be up to 140 characters long and can say whatever you wish for them to say. If you are a registered user you can read as well as post tweets but if you have not registered as a user you will find that you can only read the posts that other users are posting.

Twitter can be accessed through the Internet by visiting the website. You can do this through a computer, SMS or a mobile device such as a tablet or even a cell phone.

Many people like to use Twitter to have private one on one conversations. Often times they do this activity more than they do public tweets simply because it is a good way to talk to their friends. It turns out that being able to have private messages through Twitter are nice but you can only talk to one person at a time and sometimes you would rather talk to multiple people at one time. This can be done and there are many ways that you can do this.

There are many tips to be given when it comes to chatting through Twitter. Privately combines group conversations with DMs and this allows for a group conversation to happen. How it works is that you log into the program by using Twitter OAuth and enter in the Twitter accounts that you would like to have a conversation with. The only people allowed to participate in the conversation are those that have been invited. This is also a good program if you are using a mobile device to have the conversation.

Whoever said that nothing was quick and easy did not know about Convore. This program is a quick way to message your group of friends instantly and will be in real time. There are public groups as well as private groups and you can talk about anything without people eavesdropping on your conversation.

Twooms is a program that will provide you a semi-private chat room to be used for Twitter. How this works is that Twooms uses Twitter accounts, which are inactive to create “twooms”. These can then be used to chat with your friends that join the same room as you. It is considered semi private because only the people who are invited to the chat room will be able to see your conversations.

A good rule to follow is that when you are having a conversation that is on the Internet you should consider that it is not a completely private conversation and that you need to watch what you say. If you want to have private conversations you should take measures that will keep your conversations at least semi private such as the programs that are talked about above. It is important to remember that anything that goes on the Internet should be considered not private and you need to be careful what you say.