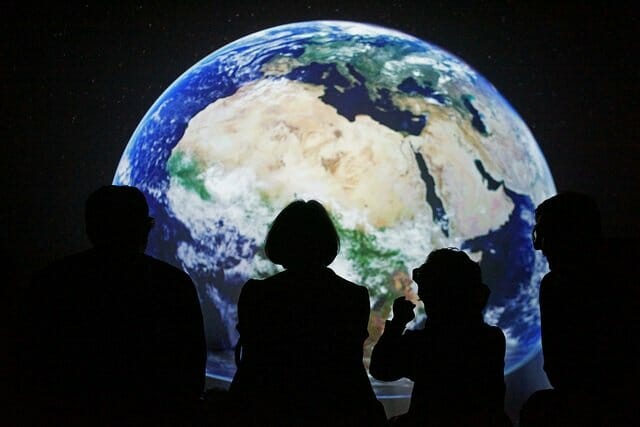 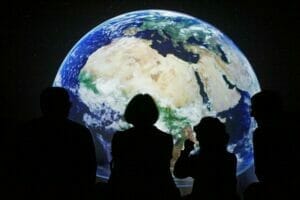 The first quarter of 2017 has already shown great strides in the growth of technology when compared to last year. This is one market that is always changing and evolving. These days, once you get used of using one device, it seems like it is already being replaced for a newer, better version. Here goes the compiled list of 10 technology trends making a splash in 2017.

OLED is on the Rise

OLED (organic light emitting diode) has been slowly emerging in the technology world over the last few years. Prior to this year, the cutting-edge feature has been available on smart phone screens and a few choice TV brands. It is expected that we will see a major increase of OLED TVs very shortly. The demand for slimmer, eco-friendly monitors has manufacturers jumping on board to add this technology to their product line. Consumers will notice OLED TVs are more of a mainstream option during 2017.

Voice Search is Making a Name for Itself

The popularity of voice search has steadily been on the rise since Siri hit the market. Today’s society migrates towards anything that makes our lives easier while on the go. Products like Google Home and Amazon’s Echo have become wildly popular. Google’s addition of Cortana to android devices have created a major increase in the number of voice searches used to collect data and perform tasks. When this technology was first introduced it was unreliable at best. Correct voice recognition was a major concern, with modern advances the accuracy rate is now above 90%. We don’t anticipate this trend dwindling away any time soon.

The number of intelligent apps on the market will continue to grow in mass proportions. Intelligent apps help to automate mundane tasks and provide relevant information to the user when needed. AI (artificial intelligence) is quickly becoming a reality as technological advancements in NLP (natural language processing), big data, mobile, sensors, and the cloud all come together. There is also expected to be an increase in ambient intelligence, which uses sensors to interpret human behavior. While relatively new, this technology is on the cusp of a significant breakthrough.

The Introduction of Synthetic Foods

For many people this idea is still unimaginable, but with our natural resources becoming more stretched and our climate unpredictable, the idea is becoming less far-fetched than it once was. The ability to feed the world and being able to eat healthy is much more of an epidemic than many people realize. Scientists have been working diligently on growing foods, like meat and eggs, in controlled laboratory environments. Certain stores, like Whole Foods Markets, have already started carrying this new trend in edibles.

Many people have heard the term “Internet of Things”, but are still not quite sure of exactly what it means. Internet of Things, or IoT, refers to the connection of unordinary devices, such as cars, appliances and hospital machines to the internet. These devices are able to exchange and collect data using sensors. As this network grows, we can expect the number of devices able to connect to the Internet of Things to increase massively. There are already hundreds of companies that are benefitting from IoT, and this list is only going to expand. It has been estimated that over the next couple of years most households will add approximately 6 IoT devices to their homes.

While 3D printers have been around for many years, they have been out of the price range most of us have for personal printing devices. This is expected to change during the current year, with a decent affordable model possibly dropping as low as $100. This affordability has made them a popular wish list item. They will be great around the house for D-I-Y projects, like sculptures, bookends and doorstops. In the workplace, you will begin to see them more in healthcare environments, design studios and inventor’s laboratories. The availability of 3D printers is going to change the way we acquire things.

Virtual reality (VR) and augmented reality (AR) technology will continue to experience the same steady pace that was witnessed during the prior year. The Pokémon Go game was explosive, it would not be surprising to see the release of something similar this year. Hopefully we will see a lot of the VR kinks worked out. The headsets are still bulky, expensive and have less than perfect graphics. It is not likely to happen during 2017, but the integration of virtual and augmented reality into mainstream is expected to happen soon.

Many businesses are seeing the validity of chatbots for the customer experience. Chatbots are useful for customer service, engaging prospective customers and product recommendations, to name a few. Studies have shown that the majority of customers prefer the bots, rather than calling a company. Shorter wait times, less intrusions and quicker resolutions are some of the reasons this is becoming the new way to deal with customer relations. This year is sure to show an increase in the number of businesses who turn to chatbots.

While humanized data has been coming down the pipeline for a few years now, 2017 is expected to bring great advances in more visualized and accessible ways. The idea of humanizing data may seem counterintuitive to some, but it’s really not. Data starts with humans, so naturally, humans should be involved in the processing of data at some point. Analyzing mass quantities of gathered data can help us with everything from healthcare innovations to business marketing strategies.

It has been hard to miss the rising popularity of drones over the last few years. This year is sure to bring more cool advances. Drones can range in degree from being a virtual toy to an integral part of the United States National Security. Commercial companies that need services like roofing, solar and insurance inspections have shown increasing interest in the drone market. The possibilities for drones are endless. Deliveries, environmental observation, weather chasing, temporary internet coverage and accessing extreme geographical elements can all be possible thanks to these amazing pieces of technology. Major companies like Amazon, Verizon, Google, Allstate Insurance, DHL and Shell have all added drones to their fleet.