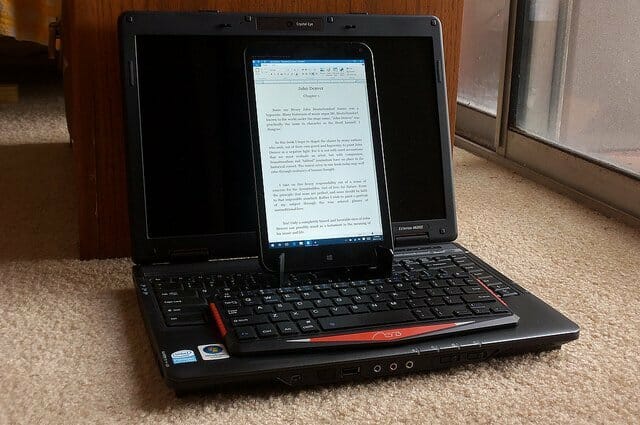 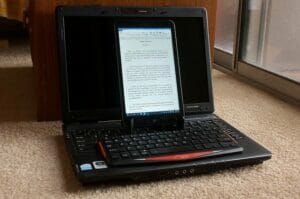 If you are in the market for a new tablet or laptop you might be trying to figure out which brand would be the best for you.  If you should purchase an Apple product or consider an HP product instead.  The good news is that HP has recently released a new line of products to their laptop and tablet world it is called the HP Stream notebook.

When HP released the new HP Stream notebook it was considered to be the equivalent to the Chromebook.  It is competitive in the price but still offers the same operating system without breaking the bank.  The stream 14 is not available to purchase and will only cost your bank account around three hundred dollars. With that price you will receive the notebook with AMD A4 APU, 2 GB of RAM and 32 GB of storage.  However this is not the only Stream notebook/laptop or tablets available by HP.  There are several others that are available as well to add to the competition.

One of the first ones we are going to talk about is called the HP Stream 11 laptop.  This laptop comes with three different size screens.  The first to be released was a 14-inch model.  Now there is the smaller screen size, which is 11.6 inches, and the mid size, which is 13.3 inches.  All of these units will be powered by what is known as the Intel dual-code Celeron processor which is based on the Bay Trail architecture.  This device does not have a fan and comes with 2GB of RAM and 32 GB of storage.  Another attractive feature to this device is that it has the option of having a touch screen when you purchase the 13.3-inch model.  Of course HP does not stop there with the options that it supplies.  You will also receive 200 MB of free data per month for the life of the device as well as one year or Office 365 personal.  This is includes 1TB of online storage and 60 minutes per month for Skype.  What makes this model even more attractive is that you can also select from a wide variety of colors.

All electronics companies are in a race to have the lowest pricing on the best pieces of technology.  HP has recently released the HP Stream 7 tablet.  This has a seven-inch screen and comes with Windows 8.1 with Bing.  Many people are very pleased with the price tag that also comes with this device.  You can purchase this device for just hundred one hundred dollars.  However if this tablet is not large enough there is a bigger screen located on the HP Stream 8.  Both of these will come powered by the Intel Aton quad-core processors and will be able to function to do basically anything you would expect a laptop to do.

If you have been impressed with the thin and light size and weight of the Chromebooks that have come to the market in the past couple of years and you were stuck carrying around your Windows laptop that was big, bulky and heavy you will be very happy to see the styles that are now coming to the market and equipped as well as a laptop.  If you have been holding off on making the purchase of a smaller size device simply because the price was way too high you will be much happier with the prices of the new devices.