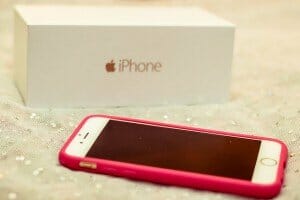 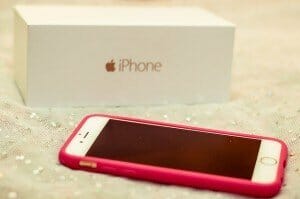 Apple has maintained the tradition of presenting the world with such screen resolution that is pixel perfect. With the launch of each device, the presentation of the screen resolution changes. It is because the newer devices have bigger screen sizes that fail to support the pixel perfect resolution of the smaller screen devices. It has been a matter of concern for the developers of iOS. Even the latest versions of iOS fail to rectify this problem. However, now with the launch of iPhone 6 and iPhone 6 Plus, this scenario will take a shift. The developers are trying to develop such resolution pattern that is flexible rather than being pixel perfect.

The main problem with the bigger screen size of iPhone 6 lies in the division of the screen. The developers create the apps in accordance with the screen sizes. Thus, when they are used in bigger sizes, the outer screen remains dark. In other words, the app doesn’t spread in the whole screen. However, this problem is solved in the new models of iPhone. The apps take the entire screen to be displayed. However, there is a problem that the resolution gets blurry. Furthermore, the icons and other buttons appear to be oversized. Thus, the iOS developers are trying to update the resources used in order to present perfect viewing to the users.

The difference with competitors

The problem that is faced by Apple at the present has been solved by android long back. It is because there are thousands of devices that use the operating system developed by the android. Thus, they make sure that the OS doesn’t present faulty visuals when they are migrated to bigger screen size devices. The android doesn’t produce the OS that is dependent on the DPI of the device. One the other hand the OS developed by Apple depends heavily on this aspect. Thus, in its new launch the iOS developed will not be based on the devices capacity of DPI. That will enable the different apps to be used across varied Apple devices without causing a problem in the resolution.

The introduction of dual screen

The iPhone and 6 Plus have the largest screen size among all the Apple devices. The company has taken this opportunity to introduce the advantage of dual panel. This technology is marketed long ago by the Android developers. However, it will be a surprise for the users of iPhone users. It will also influence the development of the apps that are specific for the new devices. The dual panel can be accessed in the landscape mode. In portrait mode, the users will get single screen mode. It will certainly lead to the development of the range of different apps by the developers on iOS.

Bringing a change in the scaling ratio of the OS development is a very strenuous task. Thus, the developers will find themselves face to face with a challenge. However, the developed OS will certainly help in presenting a smooth users experience.