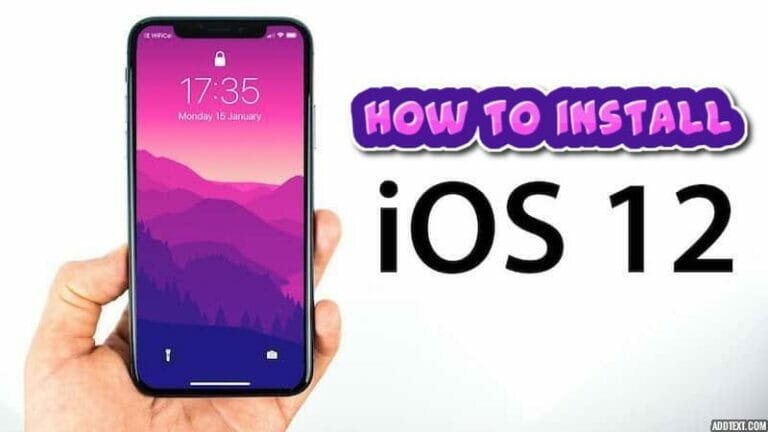 To install the iOS 12 beta on your iPhone and iPad, here’s a guide you can use. Apple iOS beta software program has finally rolled out the iOS 12 beta update for iPhones, iPads, and iPod Touch. All the devices that received the iOS 11 are compatible with the new OS update. So if you want to download and install iOS 12 public beta on your iOS devices, here’s how to do it. Some may argue that there are a couple of ways to recover backup data, but it’s always better to install iOS betas in a proper way.

Before you download or install anything on your iPhone or iPad, please create a backup. It’s important because beta updates may contain files that can cause performance issues on your phone. There’s always a risk of losing data. So, to keep your files, contacts, and documents safe, create a backup and save it in multiple locations.

If you’ve followed all the steps carefully, your device is now running the iOS 12 beta.

Step 3 – Enrolling in the Apple iOS beta program (for developers)

If you’ve followed the procedure mentioned above, your device (iPhone or iPad) will run the iOS beta version.

Things you can do

So now when you have downloaded the new iOS 12 beta, what you’re going to do? The first thing you should do is to check if your phone is working properly or not. Now check all the new features and try them for a while and if you feel like there’s something you want to say about the new update, use the feedback option to let Apple know about your experience with the new OS version.

How to downgrade from Apple iOS 12 beta

Remember that you should always backup your iPhone because if for any reason, you feel like going back to the same OS build, you will need a backup. If you didn’t create a backup file or missed it, there’s no other way than installing everything from scratch. In case if your backup is missing or if the files get corrupted, you will have to wipe your device to perform a clean install.

Sometimes, beta users face problems like device crash, poor battery life, unresponsive apps, and non-functional system settings. In some cases, users run into issues as beta versions are buggy, especially in the initial updates. So having a backup plan is always better than losing your data.

Of course, Apple iOS beta program enables users to try and test new features of the operating system ahead of the product launch. iOS 12 is known for new features and improvements such as Memoji, FaceTime, Group Notifications, AR functionalities, and faster performance. The company will release iOS 12 during its fall event and at that time, we will most likely get to see some new Apple products. Apple’s iOS 12 will be supported by iPhones, iPads, and the 6th generation iPod Touch.

With the Apple iOS beta program, you can try these new features. But always remember that beta releases are prone to bugs and technical issues. Keep your data safe. And before you join the bandwagon, know what you are doing.