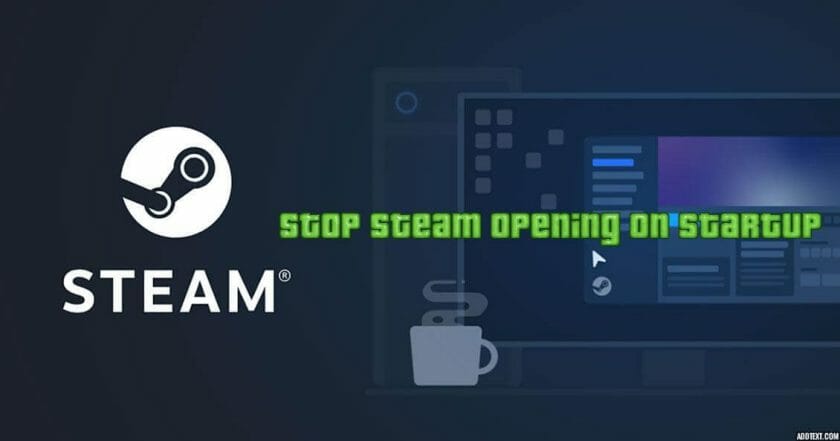 Steam is a popular online platform for buying, playing, and creating games. But it’s irritating when it starts running after turning on the PC. If you don’t want that, here’s the guide explaining how to stop Steam from opening on startup.

Developed by Valve Corporation, Steam has been the best video game storefront, hosting thousands of games. However, after installing its desktop client, the service is set to open automatically during startup.

This issue bothers many users as the PC consumes more power to load Steam instantly after starting. That, in turn, slows down the system as well as shows you online when you don’t mean to.

So, you can easily stop Steam from launching automatically upon system startup with the methods below.

How to Stop Steam from Opening on Startup?

Method 1. Stop Steam on Startup from the Steam Client

If your Steam Client is already opened on the desktop and you want to process quickly, follow these steps:

1. With Steam open, go to the Steam menu in the upper left corner, select it and then click Settings.

2. After opening the Settings screen, a box will show up. Click Interface.

3. Finally, uncheck the box for Run Steam when my computer starts and click Ok to confirm the change.

To perform this method, you need to open Task Manager on the Windows PC and disable Steam via the “Startup” tab. Here’re the steps:

1. Right-click on the taskbar and select Task Manager from the context menu.

3. Search for Steam in the list and right-click on it.

Now, Steam will not appear automatically after your PC boots up.

Is Disabling Steam from Running at Startup Good?

For avid gamers, keeping Steam running at startup is convenient as they spend most of their time playing games. They don’t have to start Steam manually, so it saves their time.

Alternatively, those who use the PC for other purposes may find launching Steam automatically disturbing. Also, disabling Steam from running at startup will increase the speed of launch time. It means if your PC takes 30 seconds to launch completely, disabling Steam can make it faster.

So, if you play games on Steam occasionally, disabling it will be helpful for you.

Steam is set up to run automatically after you sign into the device. But for many users, this is not required since it reduces the launch time.

So, you can try out the two methods mentioned above to stop Steam from opening during startup. Both are easy and will take less than a minute. If you have further queries, let us know in the comment box.

Ady Wilson
Ady is entirely tech savvy with an obsession with technology matters. He loves to explain things about science & technology that focus on tomorrow's world.