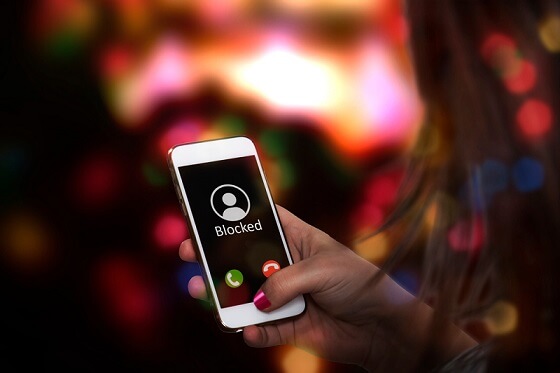 When your calls get rejected and messages don’t get answers there may be a chance the person is busy or the phone is unreachable. If you can’t reach someone, does not mean you are blocked. Before feeling terrible you need to try some ways to check whether you are blocked or not.

So, how to know if someone blocked your number? Unfortunately, there’s no straightforward way to verify if your phone number is blocked. However, there are some tricks like calling from another number, checking voicemail, sending WhatsApp messages etc.

How To Know If Someone Blocked Your Phone Number?

If a person can’t answer immediately that does not mean he/she blocked you. Maybe he/she is busy, the phone might be dead, out of reach or haven’t seen the message.

Meanwhile, if you suspect someone has blocked you, try these ways to confirm.

Similarly, if the number is busy or switched off, your call will also likely go to voicemail after ringing once. However, if you’re experiencing the same thing repeatedly, assume you’re blocked.

2. Call From Another Number

The call blocker allows users to blacklist incoming calls from a specific number.

If you think you’ve been blocked by someone, attempt calling the person from another phone number.

The moment you see that you’re able to reach from the different number, it’s a high chance you’ve been blocked.

The alternate solution for another phone is using a free Google Voice number or alternatives. These apps help you reach the person you want to trace if their phone is not dead or disconnected.

iPhone users can trace if someone blocked their number by sending a text message. You’ll get a notification either Delivered or Read after sending the text. If you’re blocked, there’ll be a blank space instead of any notification.

But, when the recipient sets Do Not Disturb (DND), you won’t be notified until he/she disables that option. If you don’t get notifications like delivered or read after a few hours or a day then you can tell you are blocked.

Alternatively, if the person is out of network coverage, they won’t receive your text. If they don’t answer after a couple of days, there is a possible sign of being blocked.

For Android users, some latest versions have the “Read Receipt” feature which you can use to identify in such cases.

When you can’t reach the person through normal calls, dial *67 following their number.

If it rings normally, then assume the person has stopped you from connecting.

This process hides your number and shows it as “Private” or “Blocked” on the recipient’s caller id.

An alternative way for how to know if someone has blocked your number without calling or text is via WhatsApp. It’s an instant messaging service widely used by billions of people globally.

To find out if your phone number is blocked or not,

WhatsApp has cool features to reveal your message’s status.

Now, you get the single tick when the person has blocked you on WhatsApp. You can’t even see his/her profile picture or “about me”. So, there is a high possibility you’re lying on their blocked list.

In this era, it’s not very difficult to know when someone blocked your contact number. Trying the above methods will surely solve the mystery when someone doesn’t respond to your calls or texts.

However, keep in mind, trying to communicate back and harassing are two different things. If someone is not willing to talk to you, it’s better to leave them alone. You may need to sort things out but give them some time. Perhaps they’ll contact you after a few days.