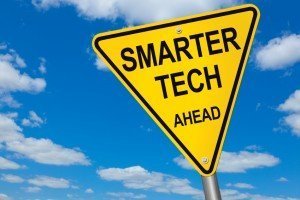 When people think about the future many people do not think as far into the future as the year 2030 or even further out.  However a few of the larger cities have started to put some thought into what the future will hold for them.  Some of the ideas are only assumptions such as will the crowded cities being even more crowded.  And if the population does grow where will that leave the infrastructure and the public transportation systems.  There are many plans that some cities are already planning and the information below will help to explain some of those plans that will include green designs, smart technology and sustainable architecture.

Known as the world’s first “Smart City” Songdo, South Korea has been built with technology in mind.  The city is about a fifteen-minute drive from the Incheon International Airport.  This is South Korea’s busiest airport.   For this reason there have been many urban communities built around the airport.  The city is currently livable but will not be completed fully until around the end of this decade.  There will be many big buildings located in Songdo that will take up plenty of land space but there is about forty percent of the city that has been designated as open green space.  This also includes Songdo’s Central Park.  When looking at the infrastructure and the technology it will also be as cutting edge as the architecture.  This includes a pneumatic waste disposal system that eventually will be turned from waste into renewable energy.  Under the streets there will be sensors that detect traffic conditions and will automatically change the signals to help ease congestion on the roads.  There are many different projects in the works in Songdo.  These will all blow your mind when they have all been put into action.

When people think of smart cities they tend to think of only the new cities.  However some of the older cities are becoming smart as well.  A perfect example of this is that Malmo, Sweden used to be a city that was polluted.  It was home to nuclear power plants that have since been closed.  The city officials have decided that both of the nuclear plants will be converted to carbon neutral by the year of 2020 and by the year 2030 the plants will be run completely on renewable energy.  Another large step the city will be taking this year is that all of the municipal vehicles will be operated with either hydrogen, electricity or biogas.  Another large movement that the city has started is that there is an aquifer storage system that collects the rainwater.  This water is then used to make energy from the turbines to heat the homes in the winter season and cool the homes in the summer season.  Of course the officials are also looking at other options for this city as it grows to be smarter everyday.

Many people do not think of New York as a smart city or even a city that has a green design but believe it or not these ideas do exist and the developers are continuing to work to improve the reputation the city has.  There are ideas to make the city more green as well as local develops working on a self filtering system for the water from the East River that will filter out the sewage to make it suitable for swimming and even drinking.  If it is possible to clean up a dirty city such as New York and even create green space anything is possible.

It is important for the environment that all big cities start to work on creating a safe and clean place to live for everyone.  With the changes that are being made all large cities should take notice and use the examples to improve.