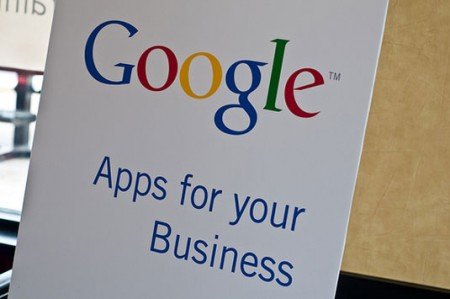 If you run your own business you might already know about Google Apps.  However if you run your own business and you do not know about it you need to.  Google Apps have been around for quite a while but has just recently started to grow in popularity.  In fact Google has been reporting on and using the Cloud for well over ten years now even though most companies have just started using their own clouds in the recent years.  There is much to learn about Google Apps and you can do that by simply reading on.

What Is Google Apps

For those of you that do not know what Google Apps are a brief definition of it can be explained like this.  Google Apps is a service that is offered by Google that offers many applications on the web that operates very similar to the traditional office suite like Microsoft Office.  Examples of these apps are Gmail which is the email service offered by Google, Google Calendar, Talk, Docs and Sites.  You will find that Google Apps is a big help to businesses both big and small.

The Differences You Will Find With Google Docs

There are several difference you will find with Google Docs when compared to some of the other programs such as Microsoft Office.  The first major difference is that all of the Google Apps are located on the cloud.  What this means is that your documents and any other apps you might use through Google can be accessed from anywhere you are as long as your have an Internet connection.  These apps can also be accessed twenty -four hours a day and three hundred sixty five days a year.  You will find that you do not have to purchase any software or hardware to use this app unlike Microsoft Office.  With Microsoft you will need to be at the computer where your software was loaded to have access to the documents that you created.

You will find that there are many benefits that come with using Google Apps.  One of the major ones was already mentioned and that is that you are not required to purchase any software or hardware.  Another major benefit is that you will not be tied down to one place when you are trying to work.  With Google Apps you have the world at your fingertips and will not be strapped to your desk.  You will be able work mobile from anywhere that you have an Internet connection.  Your documents will be accessible from anywhere as long as you can log into Google.  You will even have the option of accessing your documents from your smartphone or even your tablet.

Security And Store With Google Apps

If you are worried about security and storage issues with Google Apps you will soon learn that there is nothing to worry about.  With Gmail the storage capability and the security will not leave you disappointed.  The program is powered through a company called Postini.  This is an email and web security service that also offers archiving services.  Google has owned this company since the year 2007.  The service also allows for cloud computing services.  This service is used for filtering email spam and malware before the customer actually receives it in his or her email in box.

I hope you have liked this content of Newscitech.com