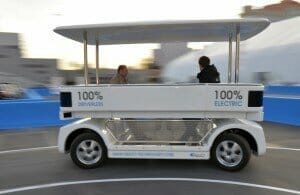 Over the course of times things tend to grow and change in numerous ways, same goes for the CES show. This show has transformed a lot in the past few years, and that too for the good. It is very different from what it used to constitute; one thing that has changed though is the expectations and eagerness with which people wait for the announcements from the giants of the industry. Any announcement from Sony, Sand Samsung or LG is well coveted. However, recently we have also seen that not only the prominent ones but the individual companies have been the ones that are gathering major limelight.

This year’s CES was like a jewel in the crown, the gadgets at display were the best of the modern technology, they were the embodiment of out of the box thinking, it is not a surprise that the population of the audience this year was astounding. Major players and individual companies both were on their forefront and ready, and that is what made CES 2014 one of the best shows in a long time.

Following are ten best gadgets from CES this year:

This huge tablet comes with an impressive screen of 12.2’’. It features the alluring tiles that are the trademark of Windows 8 and is a combined technology where the features of an android have been merged with those of Magazine UX. This device was launched in direct competition to its contemporaries like the iPad and Surface 2. This tablet has retained a very successful quality of Note 3; its built is massive but in such sleek fashion that it turns out to be a gadget that you have fun operating and is very easy to write.

It certainly stands out as one of the most successful products at CES this year. It is a 3D printing device that has put all other 3D printers to shame. This pen can take up any design for an adult or child and turn it into a 3D model. Yes, there are constraints to what it can do or not when placed against an actual 3D printer, but the cheap cost makes up for more than it.

Each year CES hosts innumerable companies that are into making accessories for smartphones but out of those many only few are good enough to catch the eye of the audience. Movie Space Pack is one such endeavor by Apple; it is a cover for your phone but unlike any other ordinary cover it actually charges your phone with the help of an additional battery and also adds up additional storage memory to your phone. You can store pictures and videos in there and run them directly from the storage of the case.

This year Valve made a stunning announcement when it disclosed at the show a full range of consoles that will cost anywhere between $500 to $6000. Most of the designs was more like prototypes, but it surely established how interested Valve is in this stream of business and the competitors better watch out!

Curvy is the new trend and the gadgets especially TVs are no exception to it, the new 105’’ OLED TV by LG has a sleek curve that enhances the experience a great deal. It might not get too popular too soon, but it does not overshadow the fact that LG created a TV that stole interest of many.

There aren’t too many launches of smartphones now at CES since most companies prefer to do it in their own events. However, Sony went against the tide and launched their Sony Xperia Z1 Compact in the show this year; the phone with it is brilliant camera quality and sturdy but sleek structure has all the traits to make it a best seller when it hits the market.

This no doubt was the show stealer for all the gamers out there. This is the solution to the problem of compatibility, having been developed by Gaikai, which Sony purchased in 2012. This is one thing that any gamer would gladly pay for.

Oculus’ prototypes have a tendency  of being better than ever whenever we witness them, this year we saw Oculus Crystal Cove, this device singlehandedly solves the problems of blurring, hitches with resolution or the deficiency of head-tracking.  It also comes with an installed camera that follows your head.

This undoubtedly was the most exciting news by Sony, it does not warrant much space and delivers excellent picture quality, and this certainly is the best of the best as far as projectors are concerned.

The leather and the aluminum are its standings out features; it is a revolution for the current market. It might not be a Rolex, but it certainly is an exciting new option for normal people.