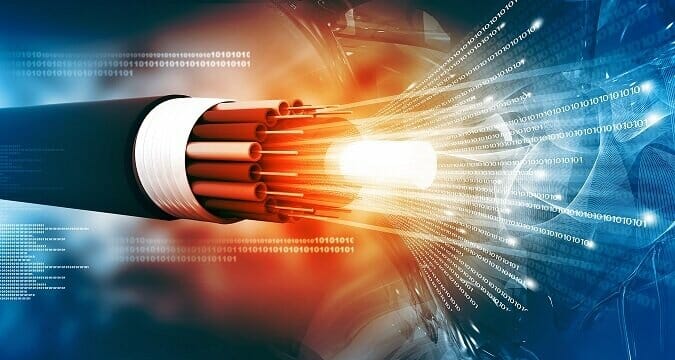 One can safely conclude that life would be harder without the internet. It’s relied upon for ease of communication. Most businesses and households now have access to an internet connection. Because there’re several types of internet connections, it may be difficult to pick the best one for your needs. In this article, you’ll learn more about one of the most efficient and reliable options out there: fiber-optic internet.

What Is Fiber-Optic Internet?

As suggested by the name, fiber-optic internet is a connection that transmits data through fiber-optic cables. It’s commonly known as fiber internet, although some simply call it ‘fiber.’

Since it’s based on broadband connectivity, it’s quite fast. Fiber is said to reach speeds of up to about 940 megabits per second. This is also owing to fiber-optic cables, which can send data almost as fast as the speed of light. Providers like OptiComm have plans that suit different needs for fiber-optic internet.

What Are Fiber Optics?

You may already know that information communication through technology comes in different forms. When you use a landline telephone, for example, the sound of your voice is carried through a network of wire cables until it reaches its destination. Cellphones, on the other hand, send and receive information through waves that don’t require cables.

Fiber optics work differently. They transmit information through a beam of light in a glass or plastic pipe.

Fiber optics were developed in the 1950s for endoscopes that helped doctors see inside the human body without making any incisions. Engineers discovered a way to use the same technology to transmit telephone calls in the 1960s. Since then, fiber optics have been enhanced to facilitate different forms of communication, including the internet.

Light travels through a fiber-optic cable made up of thin strands of glass or plastic known as optical fibers. One optic cable is said to have between two and a couple of hundreds of strands and can carry up to millions of calls. The record for a single optical cable has been recorded to be 178 terabits per second. Imagine how many millions of calls that equates to.

Fiber-optic cables carry information from one place to another through optical technology, which is based on light reflection. If you wanted to transmit a message from your computer to another using fiber optics, you’d use a laser, which would convert the information into a series of light pulses. The laser would then be fired down the fiber-optic cable. The light beams would end up at the other end and be converted into readable information by a light-detecting component known as a photoelectric cell.

As the information travels, each particle of light, also known as a photon, reflects and bounces down the pipe. This spectacle is known as total internal reflection, and it contains the light inside the pipe. The light is also kept from escaping the pipe through the structure of the fiber-optic cable.

Structure Of The Fiber-Optic Cable

The cable is basically made up of two separate parts: the core and the cladding.

The core is the main part of the cable. It’s right in the middle, and it’s where light photons travel through. The cladding is a layer of glass wrapped around the outside of the core. Its main function is to keep the photons inside the core. This is possible because the cladding has a lower reflective index than the core. In simple language, it’s made with a different type of glass to the core, which reflects the light into the core should it try to escape.

Optical fibers transmit light through pathways called modes. One mode can go straight down the middle of the optic fiber while another may bounce light down the fiber at an angle. Other modes bounce photons down at different angles, which could be steeper or less than 40 degrees.

This is the simplest type of fiber-optic cable. It has a tiny core 5-10 microns or a thousandth of a millimeter in diameter. In the single-mode fiber, light signals move straight down the core without bouncing on the edges. Internet, telephone signals, and cable TV are typically transmitted by single-mode fibers, which are bundled into one big cable. Such cables could send information across about 60 miles.

In a multi-mode cable, each optical fiber is about ten times bigger than in the single-mode cable. Light signals can be transmitted through the core via various paths or in multiple modes. This type of mode usually sends information over shorter distances than single modes, and they’re mainly used to link different computer networks.

Gone are the days when computer networks relied on copper cables for information transmission. The new kids on the block are fiber-optic cables. They’re now the main way of transmitting information, especially over long distances. Fiber optics have advantages over copper cables, which include:

The internet is connected by a vast number of fiber-optic cables. If you’re using fiber-optic internet, optical fiber cables are doing the work of transmitting information from the worldwide network to your computer and vice-versa.

Big data centers are connected by high-capacity fiber-optic cables so that when you use the internet, you can download or upload information from servers and across the globe.

When you picture the internet or the World Wide Web as a spider web extending all over the globe, just remember that the strands linking it are fiber-optic cables. It’s been reported that fiber cables cover an estimated 99% of the internet’s total mileage and may very well be transmitting over 99% of all international information and communication traffic.

To understand how fiber-optic internet works, you have to look into the technology that powers it. Fiber optics basically use a type of technology that beams information at high speeds through a tube that reflects light signals. When it reaches its destination, the information’s recipient decodes the data into readable information. Ultimately, the entire process provides you with convenience and efficiency, which are highly sought after in the modern world.