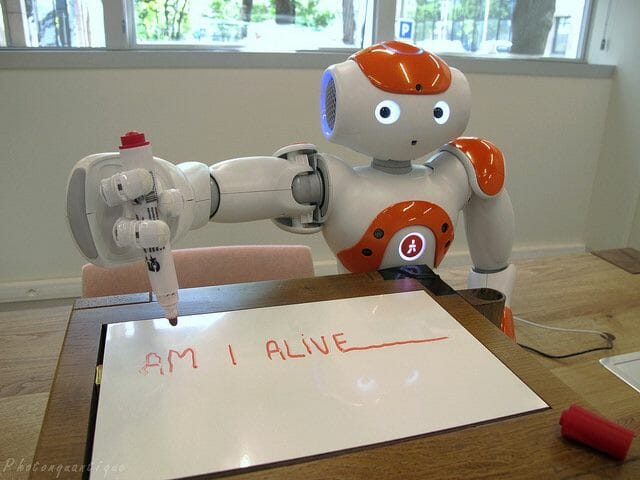 With each passing year technology is becoming more and more advanced. Many of us are worried that robots are going to take over the world and eliminate many jobs that humans are currently doing. Others think that will not happen simply because robots cannot do the same job with the feelings of a human being. With that being said there is a new robot that is currently being launched in Japan. This robot will be known to the world as the first emotional robot.

The Launch Of The Emotional Robot

A company in the country of Japan known as Softbank is who is releasing the first emotional robot. The plan is to have the robot launched within the next year and it will be released commercially. This will not be a robot for personal use. The uses for this robot are endless and will be a great use to the community.

The emotional robot that Japan is planning to release is known as Pepper. They state that the purpose of this robot is to read the emotions of humans. The robot works by using what is known as an emotional engine. This is an intelligence system that works off of a cloud. It works by analyzing motions such as hand gestures as well as facial expressions and different tones within the person’s voice. Some say that after communicating with Pepper the robot that it was like they were speaking to a human and that it could also perform some of the tasks that a family or a friend would do.

A Robot With Emotions

Often times people refer to others as robots because they do not show that they have any emotions. While others wear their emotions on their sleeves. The good thing about this robot is that the robot will have a heart so to speak and will have emotions. The idea of having a robot that can read someone’s emotions can help in many ways that many have not even thought of while others are already thinking of different ways. One of these ways is to help with the elderly. By working with the elderly who may or may not have family the robots can help to communicate and even analyze the feelings of someone who needs companionship. This can go a long way with improving the care of the elderly.

Robots Are A Growing Market

When someone thinks of robots more than likely you will think of Japan. The two go hand in hand. The robot market is growing in leaps and bounds and continues to grow rapidly. There are many estimates that show that the world of robotics is worth approximately eight billion dollars. The demand for robots is only increasing due to the fact that the population is aging and the birth rate is falling. People are relying more and more on robotic technology. Therefore more manufacturers are inventing different types of robots that can do many different things. The needs for robots is continually changing and will probably continue to change throughout the years.

The world of robotics is growing and is in fast demand. There is a growing need from businesses that are looking to replacing people with robots. This is for the simple fact that robots may have a cost up front but they will no longer have to pay a salary to a worker and no benefits will be involved. But it is not only businesses that want robots it is also households. With a robot that can read emotions families will no longer have to employ people to help take care of the elderly family members. This is something that a robot can accomplish.