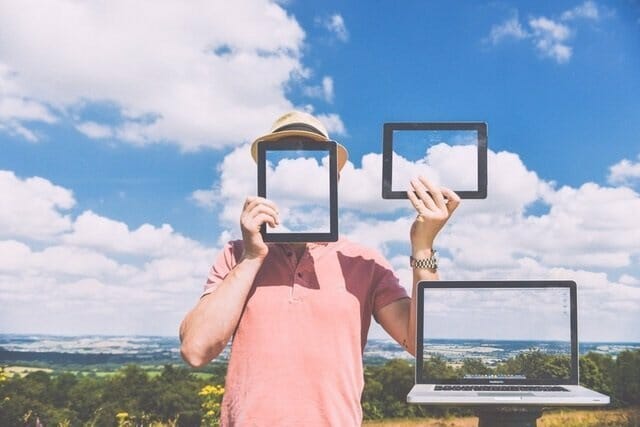 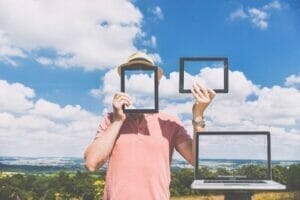 It hasn’t been that long ago when sharing files between different devices was a rather complicated task that could be somewhat cumbersome and inefficient. Surely, we all remember the times when we had to send files from one mobile to another by attaching the infrared devices; or when we had to burn a CD-ROM to share a few photos that did not even fill the middle of the disc, thus wasting the rest of the available space.

These nuisances are all but forgotten now. Sharing files has become a very easy and fast task, which can virtually be done from anywhere in the world and between almost any existing devices through what is called cloud computing. But, apart from being a very beneficial technology for the population, it has a very positive impact on the global economy, doing its part to make our world a better place.

What Is A Cloud Server?

A cloud server is an internet hosting tool that uses many interconnected computers to perform the same tasks that would be performed on a single machine. That is, you use the hosting as if you were dealing with a single server. But in fact, this server uses resources from several different servers in a rather systematic and updated manner instead of choosing an unmanaged solution as we did previously. This technique is called cloud computing. In short, each cloud server is a virtual server that uses its resources, along with other servers, to run its applications.

In some respects, cloud servers work in the same way as physical servers, but there are some very specific differences. When you opt for a server cloud, you are hiring a space on a virtual server instead of allocating a physical server (in dedicated hosting). You can also hire a cloud server for a few hours if you choose.

Why Is Cloud Computing So Important?

Cloud computing is not a recent technology by any means. This technology has practically been in existence since the internet evolved, although it was not well interpreted until 2010, when it began to be consolidated and marketed as such. The mechanics of this technology is very simple. It is a server that stores any type of information, and that helps it to reach the user through clients in each of the programs. That’s why it was once called client-server technology.

But what do we refer to as a client? In computing, a client is nothing more than an application through which the user can interact directly with these computers. The client can be a browser, an email client like Outlook, or an app from our Smartphone like Angry Birds.

The user sends the requests from the client to the server, which is the entity who has the information stored. By following the example of Angry Birds, a possible request would be to look for the 150 best scores of the game for all iPhone users, or save the last game we have played. When there are several clients that access the same server, and those clients are present on several available devices is when the term cloud computing is used.

But what would happen if we did not have this technology? The answer is simple, information and communication technologies, known by their acronym ICT, would not exist directly. Think about the amount of data a multinational platform has to store. If this data were only stored in a storage device, such as a hard disk, and could only be accessed by a computer, it would be like having that information stored in folders and files, as was done in the past.

For instance, robots that automate the process chains of large factories access information that the company has stored to execute the process efficiently. Without the information available in real time, the process would be interrupted and it would be more efficient to have a manual processing system.

For us as users, cloud computing can change the way we conceive our world. Being able to access social networks and ‘tweet’ what we are doing at any time, uploading our favorite pictures while on vacation, or communicating with our friends is something that is achieved through the cloud. This is something millions of people do every day without even thinking about it, and so, every day is becoming more important, economically speaking from a technological standpoint.

The cloud server has some very interesting advantages. The main advantage is the ability to easily scale the resources, always ensuring the performance of your application. It is also cheaper to upgrade (or downgrade) than hiring a physical server. As the service is offered by several companies, you have the option to compare the hosting plans and the prices of each one until you find the one that suits your budget.

Cloud Computing and Its Impact on The World and Economy

From the time tech companies started offering it to individuals and businesses, this technology has not stopped growing. More and more users are exchanging files using this technology between their personal devices, and more companies are making use of cloud computing in their daily business.

So much so that according to the first study on “Cloud Computing Challenges and Opportunities “, every dollar invested in the cloud generates an impact of 1.78 dollars on the Gross Domestic Product (GDP).

But, GDP is not the only macroeconomic variable in which cloud computing has positively influenced. Employment has also been affected by this phenomenon, and the same study shows that this cutting-edge technology is expected to create a large number of new jobs this year alone.

The numbers speak volumes for themselves. Cloud computing has been the past, is the present, and will someday be the future of ICT. It will also be considered one of the technologies that has most influenced the global economy of our world. In addition, the United States is considered one of the top countries best positioned for the development of this technology.