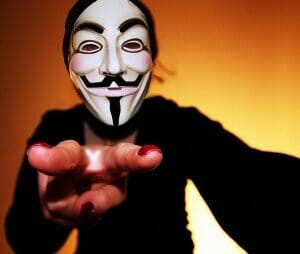 According the professionals those who are experts at Internet law the people who have hacked and those who have shared have entered into what is known as a legal minefield.   It is obvious that the crime they have committed is hacking into the account of someone’s iCloud account and once in there stealing its contents such as pictures. This is a violation of the Computer Fraud and Abuse Act. The legal terminology that describes this crime is call wire fraud. This is the biggest of the violations when it comes to computer hacking and is what the prosecutors will usually charge the hackers with.

However there are other laws that the hackers violated when they leaked the photos online. One of these others laws is the Electronic Communications Privacy Act. The act prohibits anyone from intercepting the digital communications that are private such as the celebrity’s pictures.

Punishments For Violating This Law

When dealing with these kinds of violations the perpetrators will face time behind bars. Often time the punishment is being put behind bars for many years. In the year 2012 Christopher Chaney was accused of and convicted of hacking in the accounts of celebrity emails and posting nude pictures of the celebrity. Once he went to trial and was convicted he was sentenced to serve ten years in prison.

When you are dealing with hackers you will find that there are several laws that are broken when pictures are hacked, stolen and shared. One of those laws is the copyright law. There are many different people who can own the photos that are being stolen. The celebrity may own the photos while others may be owned by a number of different photographers. Even though there might be many different owners involved when dealing with several different photos the one thing that is certain is that the hackers and other people who are distributing and sharing the photos do know own the rights to be doing so.

Pictures Of People Who Are Under The Age Of 18

It is bad enough that a person is hacking into accounts and sharing pictures that do not belong to them. However what is worse is that people are spreading pictures around of people who are under the age of 18. When this happens the laws and the punishments change greatly and can often mean for longer periods of time in prison as well as other charges.

Who Prosecutes The Case

People need to remember that if they hack into someone’s private property they are breaking the law and will have to face the punishments that come with that. Some of the punishments can mean several years in prison. If you receive one of the photos that have been hacked it is recommended that you just delete it and not share it with anyone.