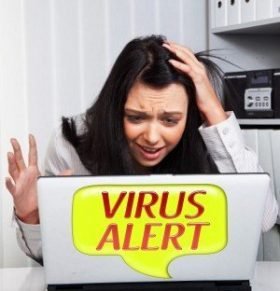 One of the newest types and breeds of these computer viruses is known as Ransomware.  This virus will completely lock you out of the files on your computer until you pay the price to get it removed.  Therefore it is like extortion.  You do not receive your computer files back until you pay the price.  In these situations it is becoming very hard and difficult to terminate this type of virus. So keep you mind and computer cool.

There was a large operation called Cryptolocker that was going to be used to spread the ransomware virus. Fortunately the FBI stopped Crpytolocker in May.  This was a major accomplishment when it came to stopping the virus.

What Cryptolocker did was by using a very large network of computers that had been hijacked known as botnet they spread the virus and were able to spread it quickly.  When the FBI stepped up along with foreign law enforcement as well as private security companies they teamed up to stop the communication that was occurring between the botnet system and the devices that were being victimized.   During this process they seized the servers from Cryptolocker and replaced them with their own.  What this did was stop the virus delivery system from Cryptolocker.  However the criminal network still continues on.  The Cryptolocker masters only need to find a new group of botnet computers to help to start delivering the viruses once again.  When this happens the criminals in charge of the operation change the code for the virus and new servers and the law enforcement officers have to start their operation all over again.

It was found that during the first operation of Cryptolocker it had been successful in kidnapping the files of over a total of 400,000 people worldwide but mostly in America.  When the victims found out they had been hacked they were told that in order to be able to retrieve their files they needed to pay three hundred dollars to receive the key to their own personal files.

The idea that Cryptowall is so widespread is scary.  It was found that at Dell SecureWorks was able to take a picture of the entire network.  In this picture it showed that there were a total of 9.798 devices that had been infected.  This covered nearly half of the United States and even included computers at a small town police department.  It has been estimated that Cryptowall is bringing in a large dollar amount nearing $150,000 each week.

Cryptowall is only one of the many of these viruses that are attacking computers on a daily basis.  There are many more where that comes from therefore it is making law enforcement frustrated that it cannot be stopped.  Many times the hackers that are out there committing this crime are from countries such as Ukraine or Thailand where there is not a government to help regulate these companies.

It is recommended that if you receive an email through your computer, telephone or even your table you should not open it.  These viruses often come through emails soliciting information and as soon as you open it your computer is affected.  You should be careful because viruses such as Cryptowall are here to stay.