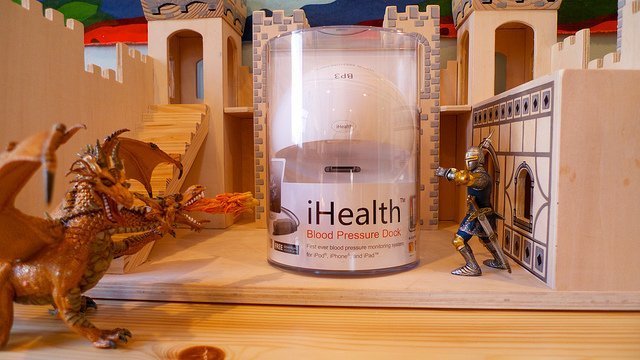 With technology taking gigantic leaps,new apps and features are revolutionising our lives like never before. Apple, the flagship major technology and Telecom Company,has brought out an amazing app the Healthkit introduced along with the iOS8. The software was launched with much hype and was going to be a breakthrough in the way one took care of their health and fitness. However, Apple seems to have detected some bug and has pulled back the software from the market. One cannot download the Healthkit app from the Apple store, and the delay in the launch is for a few weeks.

The Healthkit software was launched with the iOS 8 operating system. Though one can download the new operating systems provided there is a free space of 5.7GB the Helathkit app is not available for download.A number of other Apps that were made compatible with the Healthkit app have also been pulled back from the Apple Store. The technicians at Apple have said it’s broken and needs repairs. The teams at Apple are doing their best to fix the app and remove the bug so that it is available for download in about two-week time. However, no fixed date of its being rectified and re-launched again has been confirmed. The expected turn-around time is by the end of September 2014.

Innovative features of the App

This app was an extremely innovative feature from Apple that it had decided to launch the latest mobile operating system iOS8 with the Healthkit software. This was the company’s first-ever step into the health and fitness segment.This is a setback for Apple as this was a new enthusiastic move for them. This software allows one to keep all data related to your health in a particular device, so it is a one-point centre and right under your control. Any information that one may generate about one’s selves is under one’s control and can be easily accessed and shared. It is designed to let you take charge of your own health and fitness levels.

Take-charge of your health

The Apps that may be paired or accessed by the Healthkit app need to have a privacy policy in place. Hence, it allows software that provides such fitness related services to share their data with the new Health app and amongst each other. The entire health information is stored in a centralised and secure location. The user decides which data needs to be shared with their app. Apple is asking developers and technicians to connect their apps and its data to its hub, and they hope to resolve the problem in a span of two-weeks. The App is a unique feature and allows one to take care of their health and fitness better.

Healthkit is also a key feature of the upcoming Apple watch. Hence, the bug needs to be fixed, or it may impact the launch of the upcoming Apple Watch which is tentatively schedule for an early 2015 launch. However, the developers are set to rectify any issues to ensure that this does not impact any other launch.Till such time, the download is not possible.