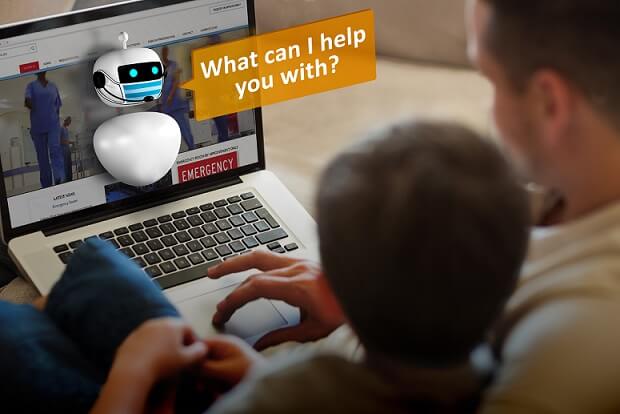 Behind Siri, Alexa, Google Assistant, chatbots, and autocorrect is a technology called Natural Language Processing, or NLP. This tech also made translating online texts possible and detecting fake news and filtering out spam from your emails. It’s easy to take these things for granted, but if you think about it, it’s kind of awesome and seems like it’s straight out of science fiction.

I mean, just think: You’re holding a device in your hand that you use to make calls, and you’re asking that device, using your voice and speaking in your language, to tell you where to get coffee. And seconds later, it gives you the direction to the nearest coffee shop.

Given the fact that the human language is complex, it makes you wonder how they managed to make machines communicate like that with people. Well, wonder no more—it’s thanks to NLP.

Natural language processing (NLP) is the tech that teaches computers to not only understand the natural language of humans but to generate a contextually correct response, as well. NLP made it possible for machines to understand, read, translate, and interpret spoken and written human language. Through NLP, the machines also learned to construct narratives to explain and in effect communicate in a manner that mimics humans.

So, whenever you ask Siri or Alexa for anything, NLP is what makes them do what they do. As an Artificial Intelligence (AI) branch, NLP mixes deep learning, machine learning, and statistical models with the rule-based language modeling called computational linguistics. You can discover more here about NLP.

NPL, together with AI and its subsets machine and deep learning, makes it possible for computers to handle language in voice or text form. They enable computers to fully grasp the data’s meaning, including the writer’s or speaker’s sentiment as well as intent.

Moreover, NLP is responsible for a computer program’s ability to translate texts from various languages into other languages. It can respond to voice commands and can summarize in real-time a large number of texts.

Many people have interacted with NLP in the form of digital assistants, voice-activated GPS systems, chatbots, speech-to-dictation, and others. However, NLP is also used in business software that aids in increasing businesses’ efficiency and workers’ productivity. Indeed, the use of NLP in various sectors is increasing, driven in part by the phenomenal growth of computing power and the increase of the effectiveness of the tools used in accessing data.

A common interaction between a human and a device with NLP goes along these lines:

Some of the computer programs that use NLP are the following:

Human language is difficult, and due to this, natural language processing is considered a challenging field in computer science. It isn’t easy for computers to understand the nuances and the rules of the languages in conveying the contextual meaning of certain words in sentences. Rules can be too abstract for a computer; for example, conveying sarcasm in a word or sentence.

However, a few of the rules can be simple, such as adding ‘s’ to a word to signify the plural form. A comprehensive grasp of the language needs an in-depth comprehension of the words and how concepts are related. This is crucial for delivering the intent of the message accurately.

Mastering a language is relatively easy for humans, but it’s a whole new ballgame for a computer. A human language’s imprecise nature and ambiguity can be difficult for NLP to implement. In the future, perhaps with the advancement of AI, machine learning, and deep learning, NLP can be developed to such a degree that Siri will be able to answer with sarcasm.

Natural language processing works by using algorithms to recognize and utilize a language’s rules so that any language data, unstructured or otherwise, is transformed into data that a computer can process and understand. The computer uses algorithms on the given data to root out the meaning related to the sentences and collect necessary information from them.

However, computers can sometimes fail to fully grasp a sentence’s meaning. When this happens, the results can be ambiguous and may not make any sense.

The two main techniques used in natural language processing tasks are semantic analysis and syntactic analysis. Below is a brief description of how these techniques are used.

For a sentence to be understood, words should be arranged in such a way that they make sense logically and grammatically. This is referred to as syntax. Syntax analysis in NLP is utilized to evaluate how the human language conforms to the rules of grammar. Grammatical rules are applied by the algorithms to a set of words and extract meaning from them.

There are syntax techniques that are used by these algorithms. Here are a few of them:

The meaning expressed by a text is called semantics; semantics analysis is among the hardest areas in natural language processing. It hasn’t been satisfactorily resolved—yet. To get the words’ meaning and to properly interpret them, computer algorithms have to be applied. Algorithms also have to take into considerations how the sentences are structured.

Like syntax, there are also techniques used in semantic analysis:

Natural language processing is the technology behind virtual assistants, search autocomplete, autocorrect, chatbots, and other AI-assisted apps. It’s a vital technology for helping to process texts, including unstructured texts, into something that computers can comprehend. With the help of AI and its subsets like machine learning and deep learning, NLP helps people in various ways, not only through virtual assistants but in other essential industries as well.

NLP is still far from being perfect, and it still struggles with the trickier part of the human language, but it’s expected to improve and continue being a crucial part of people’s daily lives.