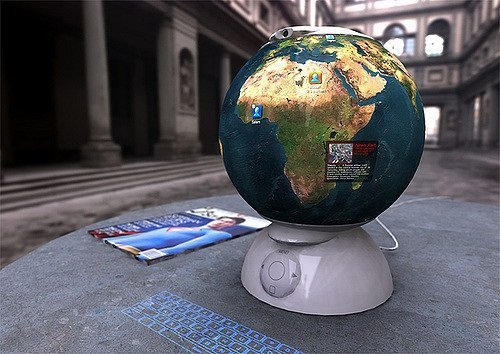 3D technology is steadily evolving and has become a major contributor to recent scientific advances. 3D printing is the hottest thing around right now. It is being used to quickly create and utilize objects in ways we have never seen before. Advancements like these will drastically change human life in the future. We have compiled a list of ten 3D printing innovations that will take your breath away.

When first hearing a complete home can be constructed by a 3D printer within 24 hours, you may be a little skeptical. In March 2017, a home was built in Moscow by use of a portable 3D printer in less than a day. This is mind-blowing for most people, it’s something that you just have to see to believe. The design uses self-bearing concrete walls and partitions, so sturdiness is not a worry. The construction isn’t the only shocking surprise, the price tag is pretty amazing as well! The complete construction cost was just over $10,000 USD. This can mean great things for potential future homebuyers.

2. 3D Printers That Can Replicate Themselves

Canadian scientists are currently working on creating a 3D printer that would be able to reproduce itself made from lunar type material. This would make great strides towards human’s ability to build a structure on the moon. Talk about futuristic! Once there are enough of these printers available, moon exploration possibilities will be endless.

3D printing will forever change the healthcare industry, in fact, it is already making great contributions. There have been several instances where doctors have used 3D printing to save or drastically improve patient’s lives. Artificial limbs, vertebrae, skin for burn victims, titanium rib cages and airway splints have already been printed and used successfully on patients.

Michelin has always been a giant in the tire and rubber industry, but their new concept tire takes it to a whole new level. The Michelin Visionary is an airless 3D tire/wheel combination, made of 100% recycled materials that are completely biodegradable. It has a honeycomb design that adds to their durability. This entire idea is amazing! When the tread begins to wear from normal driving, you will be able to just print more. Of course, it will probably be quite some time before these make it to the market, but Michelin has a great idea here.

5. Giving Robots the Ability to Feel

Scientists have been working on printing electronic sensory impulses onto a bionic skin material that would give robots the ability to feel. This is accomplished by using a rare 3D printer to apply special inks that build the device. This is will give doctors who use robotic arms for surgeries the ability to actually feel what they are doing. This would also give other robots more freedom to be in the environment and interact with humans. For some, this idea may seem a little creepy, not something they would ever see in their lifetime. Researchers who have been working on this concept believe this process could be used to print electronic devices right on the skin of humans. This could be beneficial for monitoring health and other issues; the possibilities are endless.

6. Strati and Other 3D Printed Cars

Who would have ever thought we would be “printing” automobiles? Something sure to have Henry Ford scratching his head, but this is the age that we are living in. Local Motor’s Strati is probably the most widely recognized 3D printed car, but there are now several around that were either totally printed, or made mainly of printed parts. A few examples of these are: The Soulmate, GENESIS, Light Cocoon, Blade and Kia Telluride. Whenever you get the chance, check some of these out, they are unbelievable!

Engineers at the University of California San Diego added a particularly interesting machine to the robot family. This soft 4-legged robot can maneuver just about anywhere, including rocky terrain. The smooth rubbery legs, which were created via special 3D printing, are the reason for its limitless mobility. Their spiral spineless design allows the robot to walk, climb or crawl at a slow, steady pace; almost reminiscent of an animal. Researchers hope the robot will be able to help save lives someday. It could be extremely helpful in disastrous events like tornadoes, earthquakes and explosions where they could crawl through debris and rubble that humans would otherwise have to dig through by hand, saving precious time.

Touchable memories, say what? Yes, you read that correctly. For ages, we have used photographs to capture the special moments in our life, so that we may revisit them when we get the notion. Unfortunately, this has not always been a possibility for everyone. This innovative technology uses 3D printers that carve out images to help the blind and visually impaired “feel” the past.

Anyone who has ever worn dentures knows how time-consuming it can be to get the proper fit. This will require several trips to the dentist, sometimes taking as many as 8 visits, which can be a major inconvenience. Thanks to technological advances using 3D scanning and printing, then entire process can be done in just a few hours. The denture wearer will sit in a rotating chair while the face is being scanned from all angles. Patients will wear an implant that is scanned during this process creating the perfect individualized look and fit. A 3D printer will then build the teeth and gums of the dentures.

This has been a hot topic recently in the technology world. The world of technology just got better with 3D printing. Many believe there can be major advantages of 3D printed food. Instead of using plastics or similar substances like most 3D printers, this will use liquid or powered food products. NASA is currently collaborating with a Texas company to create a printer that astronauts can use in space that will produce healthier, more nutritional foods while space traveling. Researchers are looking into other benefits to consumers, such as easier food prep, safer red meats, personalized dietary requirements and much more!